Gigabyte just introduced their 2020 line up of notebooks for both the Aero and Aorus Series.

If you’re not sure about what this brand is and what their notebooks have to offer, here’s an introduction.

What is Gigabyte Notebook?

Gigabyte Notebook is basically the Notebook division of the well-known Gigabyte brand, one of the best brands in Taiwan that manufactures computer hardware like motherboards, graphic cards, memory and even monitors. From here, Gigabyte Notebook had branched into 2 doctrines of notebooks that are quite different from one another but pack the same powerful punch.

The AERO series is dedicated to all-things professional and creative. These notebooks are built with an array of powerful features that creatives and media professionals would have their eyes on, such as the world’s best color calibrated displays, to an incredible portable form factor without compromising hardware performance. The AERO series is sleek, powerful and versatile.

The reddot 2020 award-winning AERO comes in both 15 and 17 inch sizes, with the option of either an OLED or 4K AMOLED HDR panel. With color accuracy in mind, Gigabyte focuses on delivering Delta E<2, which is a level of accuracy so high that actual inaccuracies are not able to be identified by the human eye. All this is achieved through a strategic partnership with Pantone X-rite, a standalone authority in color science.

The highest end 2020 AERO features up to a 4K AMOLED display with HDR, and entry levels are equipped with a respectable FHD IPS panel with a 144Hz refresh rate.  CPU’s are Intel’s latest 10th-gen offerings, either a Core i7 or i9 ‘H’ SKU. For graphics, you’ll be kitted out with NVIDIA’s RTX 20 Super Series along with NVIDIA Studio Drivers out of the box. These drivers focus on optimizing over 40 content creation apps, so creatives and content creators can take advantage of better performance and stability.
Keeping all that hardware cool is an improved WINDFORCE Cooling System, with two 71-blade fans and 5 cooling pipes.

AORUS is a pure, gaming-focused division of Gigabyte. Stemming from a tried and true component division with the same name, 2020 AORUS notebooks aims to “Redefine” gaming with their powerful specs and menacing design language. Oh, and like the AERO series, the AORUS too had won Red Dot’s Design Award for 2020.

They’re coming packed with the latest 10th Gen Intel Core i9 and i7 H-series processors, and also NVIDIA’s latest RTX 20-series SUPER GPUs, on top of a 240Hz refresh rate panel. There’s an entry level model too, that uses a GTX 16-series GPU.

What’s new here are the additions of a new mechanical keyboard by OMRON, and an improved cooling system from its predecessors.

The design language took a near 180 degree turn, being a cross-breed between and AERO and an AORUS. There are still gaming accents, such as the super car inspired heat vents, with a simple brushed metal AORUS logo at the back of the screen. For factor has been made thinner, assuming a slightly thicker body than the AERO.
Both notebook series still feature full RGB per-key lightning and all-aluminium chassis, so consistency of quality is all across the board.

In Malaysia, you’ll be able to get yourself one from 16th April onwards. The official price list is here, so take a look, as they are plenty of variants to choose from with different sets of components.

You may find them on this LIST. They are both available ONLINE and RETAIL.

You may also follow them on their Facebook page for the latest releases and customer support, including questions before purchase. 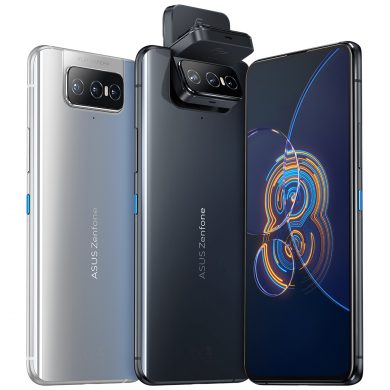