Galaxy A80 Review: Extraordinary Display, Extra Ordinary Everything Else

The Galaxy A80 is an ‘upper’ mid-range device in terms of physical presentation, along with an accompanying price tag. It’s got a lot to offer, from a stunning display to a literal head-turning spinning camera. It has everything to compete with other mid-range devices but is it able to stand out enough for people to overlook the price tag in exchange for user experience?

The Galaxy A80’s display is what highlights the Galaxy A80. A pure bezeless display is achieved with an innovative camera design that does not invade the panel space whatsoever. That’s a bold design move, but not something we haven’t seen before in a smartphone of any tier. So, you’ll be getting a large 6.7-inch display footprint with great color reproduction and an impressive 570+ nits brightness average. What’s not to love? I mean I finally found a phone that I could comfortably read my NatGeo online magazine on without feeling my eyeballs feeling fried after awhile.

There’s support for HDR content as well, so if you’re watching Netflix or have a bunch of HDR videos there’s something for you to benefit from here. The colors pop up great and the 20:9 aspect ratio does make things more cinematic.

The Galaxy A80 omits the 3.5mm audio jack and gives you audio access via the USB Type-C port. You do get USB-Type C earphones out of the box so you can Spotify straight away if anything.

Heading to the bottom side of things, the bottom left rests a dual 4G standby sim-tray, followed by the USB type-C port dead center with the microphone and a tinny speaker grill towards the right. The speakers are strangely JUST OKAY, considering the phone is rather large I’d assume there’d be better if not louder speakers.  Phone calls are alright though, with the device featuring acoustic sound system that delivers sound through the display. Clarity is decent and nothing out of the ordinary.

As for overall design, the A80 is sleek and minimalist, something few would appreciate, especially those with a corporate background. The volume rocker is located on left side of the device, with the power button resting towards the right side heading upwards. I have small hands, but I’ve always used large devices so I am accustomed to those placements. I cannot comment for the rest of the small hand community but I’d assume it’s not as difficult really.

The Mi 9T has a large 6.39-inch display. The display’s bright, producing 400 nits of brightness that’s above average for both indoor and outdoor usage. There’s Gorilla Glass 5 to keep things protected but an extra layer of tempered glass won’t hurt anyone. The AMOLED panel is immersive and packs plenty of pixels to give a close fight to the Galaxy S10e (438ppi).

As experienced on my Mi 9T,  the Snapdragon 730 SoC is a capable chipset. Combined with a stable 128GB/8GB combo, Samsung had created a speedy, user-friendly ensemble on the A80. Daily use was great thanks to One UI, and battery delivered as expected in terms of charging and single-charge use. Packing a fair 3700mAh battery pack, the Galaxy A80 was able to power through a day’s worth of heavy usage, with almost everything being used, from hours of MOBA gameplay to weird selfies using SNOW.

As an avid mobile gamer, I would say that the A80 is nothing above average when it came to performing in gaming. It was able to run most titles smoothly, but there were occasional frame drops on even the simplest games like Tsum Tsum and Cookie Run. MOBA’s like Onmyoji Arena and Mobile Legends (Just started, fight me), ran extremely stable without any hiccups. Playing for about nearly 2 hours straight made the device slightly hot, but that’s not abnormal anyway.

I was looking forward to this frankly, as the Galaxy A80 packs a Snapdragon chipset capable of up to Quick Charge 4+ charging speeds. A plus here is the provided 25W charging unit complete with a Type-C to Type-C cable. A full charge from near-empty takes about over an hour, with the transfer rates dipping down after the 80% threshold.

The Galaxy A80 IS the party trick when it comes to camera. I mean, nothing I know of currently can pop-up a camera the same way the A80 can, without having the camera module built into the shell of the device.

The sensor game is strong, with a SonyIMX586 48MP primary and an 8MP secondary for wide-angle shots. The third sensor is a 3D ToF camera that with sensing depth, a feature some other smartphones are starting to have. The LED flash sits on the rotating module tucked neatly into the frame. The entire process is worked by physical stepper motors that Samsung claims that it has gone through enough stringent testing to make it last for years to come.

One thing that needs to be highlighted is that even though the front and rear cameras are pretty much the same, you won’t be having the same set of features within the camera app.

In daylight scenarios the A80 managed to perform well in capturing vibrant and accurate colors without having it look like the images were force-saturated. The consistency is across the board here as I’ve tested it with and without scene optimization.

Night/low-light scenarios take the opposite turn, as the photos taken were rather noisy and under par. Night mode can save it but you’ll be getting longer shutter time for just a slight bump in brightness. I can normally accept this because I don’t really take photos in dark places anyway.

Well, the rear and front cameras are pretty much the same hence the fancy motor movement, so the selfie game here is definitely strong, 48MP strong that is. You won’t be getting the some functions from the rear mode, so you can forget that you will be able to zoom in a selfie or take a panoramic selfie. There’s a rather competent ultra-wide angle selfie mode capable to different FOVs to suit the size of the group of people you’re taking a picture with and that’s pretty nifty. Also, 48MP selfies with autofocus is a PLUS. There’s currently no other smartphone capable of achieving that level of detail and focus in terms of the front-facing camera. If you’re a frequent selfie-taker or even a vlogger looking for a decent non-mirrorless / DSLR camera for creating quick content, this is your answer.

My experience with the Galaxy A80 is a mixed bag of feelings. It runs just as well as any other mid-range device with the added advantage of a beautiful, premium screen. The price is what might turn people’s heads. With a RM 2499 asking price it’s hard to sell unless you’ve been looking for something so unique that no other phone out there has it, which is that single motor flipping camera setup.

However I can recommend this as a media-consumption phablet, as it does a good job with games, possess the battery life for it and plenty of screen real estate to enjoy watching movies or even reading. 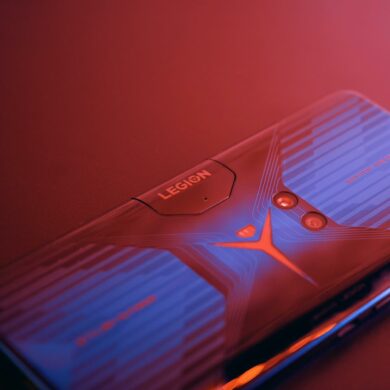