Samsung Galaxy Z Flip 3: The 3 People Who Should Get One

We’ve previously reviewed the Galaxy Z Flip3 back in September and we’ve concluded that it’s one of the easiest and most accessible foldable you can get right now, even compared to the first Z Flip which looks less than stellar next to the Flip3.

We’re here to talk about the kind of audience that we think the Galaxy Z Flip3 would appeal to.

Whether you’re an account manager, serial TikToker or just into taking picts for the ‘gram, you stand to benefit from the Galaxy Z Flip3’s robust camera system and placement versatility that other phones simply can’t do without a little help from a gimbal or selfie tripod.

You can use your phone hands-free by standing it up on a surface thanks to Flex mode. Simply fold the Galaxy Z Flip3 to take selfies from unexpected perspectives, make video calls, and snap long-exposure photographs without the need for a tripod.

If you’re into livestreams or vlogs, you can even use the secondary screen during folded mode as an express viewfinder when you’re trying to catch an important moment at a blink’s notice.

The Galaxy Z Flip3 comes with a pair of 12 MP sensors and 1 10 MP front-shooter. Shots packs plenty of detail, dynamic range and colors, producing similar results equivalent to the likes of an S21 Plus and perhaps even the Z Fold3.

But from here, we use the Flex Mode again, but this time, we use the rear cameras instead to take boxy, symmetrical shots especially when you require to be at a tilted/awkward angle that you might find uncomfortable when you’re holding a candy bar phone trying to take the shot. In the ultrawide picture above I actually tilted my Z Flip3 to flex mode for stability and to take the shot. Normally with a candy bar I’d have to take it on landscape which might stretch out a little too wide and I’d have to crop out and lose some fine details in post. On the Z Flip3, I did save time cropping and setting the aspect ratio as the device already does it for you when it detects whether you’re on Flex Mode or not.

Fashion is an ever-changing statement, whether you’re chasing something new, or pulling off an old look you used to rock. The Z Flip3 is one of the most stylish phones I’ve ever seen, capable of being unique AND functional. It comes in a myriad of colors like Cream, Phantom Black, Green, and Lavender. If you’re buying on Samsung.com, you get an additional 3 colorways: Gray, White and Pink. Slap a case on it that attaches a lanyard and you’ll be wearing the world’s first tech necklace.

Being able to fit into any pocket, bag or purse easily, its compact form factor is able to expand when you’re folding it out, leaving everyone around you looking and asking about it. I personally love it when I receive a text that I need to reply with some spiciness and I fold it out quickly, tap on the keyboard like a maniac and fold it shut with some attitude.

There you have it. These are the types of people who we think should adopt Samsung’s latest 2021 foldable. If you’re still stumped on certain things that we didn’t cover here, check out our video review! 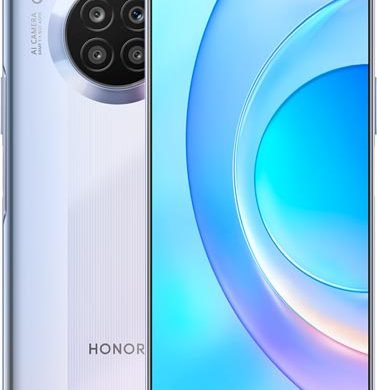