Wow. Just wow. At this price range, way below RM 1000, never have I expected that POCO’s M3 smartphone to be such a usable device that’s fit for every day use. It may not have been the smoothest ride all the way, but if we’re in the entry-level segment, then the POCO M3 deserves to be in your shopping list, especially for the bargain hunters.

“Rugged at the back, all screen in the front“

The POCO M3, with a basic price-tag, does not look basic at all. Designed by their own brand and not Xiaomi, the M3 does stand out, being made available in eye-catching colors, especially yellow. The back features a nice, semi-rugged back that mimics leather but really it is all plastic. It grips nicely to the palms, and the package includes a case as well!

In the front there’s a large 6.53-inch IPS panel that runs on a FHD+ resolution. Thing’s were looking rather sharp, adding more good things to the M3’s basket. Color accuracy was decent at best, with little to no washing out no matter what I was looking at, like flowers and stuff. The panel is protected by a respectable Corning Gorilla Glass 3, with an additional screen protector included in the box. That’s really impressive, and I’m still bewildered knowing that it’s RM 599!

Watching videos were a treat, with no stutters or lag, and a competent pair of speakers that pack enough loudness to wake up the ants.

Gaming? Yes it can.

The M3 strolls along everything with a Snapdragon 662 Chipset coupled with 4GB of RAM and up to 128GB of internal storage. Most of my regular games were able run consistently at 30-60 frames with the stutters coming from thermal throttle or me forgetting to kill all my other apps to free up memory pre-game.

Consistent frame rates, medium intensity heat build up and slow discharge rate. There are stutters here and there but not annoying enough to rant about.

On 2D games the POCO M3 managed to breeze through them, even on high settings. On 3D intensive games at medium settings the M3 did a good job, and setting things higher would begin the stutter festival. On top of that, temps were able to peak slightly above 45°C, so I personally advise against playing on settings that’s beyond the chipset’s capability.

We’re dealing with a triple-camera setup at the back, which is a decent start. Shots will primarily be from the 48MP main shooter, followed by a 2MP macro lens and depth sensor with the same pixel count. Your lowlight shots will be supported with a single LED flash if need be. Part of the phone’s fashion is the back, with a large POCO wording embossed on the same piece of plastic where the camera modules are rested.

The 48MP sensor outputs 12MP resolution photos, with actually pleasing results. If you’re focusing on daylight shots, the M3 is able to dish out some pretty immediately usable images. Contrast could be a little on the high side but that’s something easy to remedy. Colors may not be as saturated for today’s standards but not deal- breaking. In shots with lower light, you may begin to see some light soft spots, and the AI mode on the camera app doesn’t do anything to help in that department. This actually gives me more faith on the camera hardware, but not the software. As far as MIUI’s camera software goes, it still need a little more work on the computational side of things.

This is particularly apparent on the High-resolution mode, where you’ll start taking 48MP shots, but I have discovered that it’s just upscaled from 12MP and that meant that I would only get shots with minimal improvement in sharpness and detail.

The 2MP Macro sensor was kind of hard to use, taking me several attempts to land a decent close up at a 4-5cm distance. My advice here is to make sure you really have plenty of lighting for your macro shots otherwise you’re just heading to Noise Town.

The 8MP front-facing camera captures just enough detail to be a decent selfie-cam, but with some visible noise around the edges. There’s good contrast and sharpness but you’ll definitely get into Edit mode if you want to make good images out of it for social media.

Portrait Mode, did have decent blurs and subject focus, but still needs a bit more refinement in terms of ears and hair. I hade some shots where my ears and hair got blotted together and the focus was not able to do its job of separation properly. However, I must say that for it’s price class, it could be a choice device if you want to selfie on a budget, because the overall results we’re passable more than anything.

Battery life is a day and more under heavy use

In the battery department the M3 comes in strong with a large 6000 mAh battery, capable of lasting days on end under conservative use. However, that’s not the common use case. Heavy daily habits consisting of constant messaging, social media, music, gaming and videos would bring this battery beast to its knees in nearly 2 days. (To be specific, 40 hours straight).

In the box is a 22.5W fast charger, but the POCO M3 is only able to charge 18W at maximum. Considering the side of the battery and the 18W charging speed, it did take a long time to have it charged back to full from close to empty. The device didn’t get unbearably hot throughout the entire charging process.

My recommendation truly depends on whether it’s going to be a primary or secondary device for you.

If it’s your second phone

It’s perfect as a secondary device. The battery lasts long and it’ll go through your social media and messaging needs with a a breeze. It’s also a good camera if important shots aren’t needed. With a battery life like this, I’d recommend it to e-hailing drivers who use their maps on the daily, or a business owner who needs a separate device to handle their messaging, customers and calls.

If it’s your primary phone

If you’re planning to get the POCO M3 as your daily driver, you’re going to need to know what to prioritize. If you’re looking for a phone that lasts all day and beyond, this is a good choice. As a gamer, it can play your simple e-sports titles and more, but you’ll need to tone down settings to prevent throttling and potential overheating.

To use the POCO M3 to take photos require a bit of patience and skill. If you intend to use this as a photography device, produced images may require a little bit of post-work in order for it to be professionally usable.

As an entertainment device, the display and speakers do a decent job, and you will find yourself entertained and immersed long enough before remembering it needs to be recharged again.

“As it’s price point, it could only lose to it’s sister brand Xiaomi, with the Redmi Note series. You may even still find the POCO F1 a better choice, with a dated but stronger chipset and cameras. POCO could still be the budget king for the common Malaysian choice, and they’d be right.” 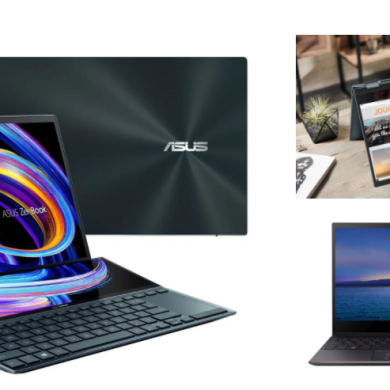 The Three ZenBooks of 2021 you’ve been waiting for…announced!