This is Lenovo’s first gaming phone, featuring top of the line specs focusing on high octane pocket sized gaming. Launched with ZUI, it’s both unfamiliar and interesting. We took awhile to evaluate its potential in the market and the findings weren’t surprising. Let’s get the show on the road.

At first glance, it did not look like a gaming smartphone to me. It looked more like a space relic I would use to call for an invasion to earth. It’s aggressive and it’s futuristic. It’s a solid, rounded device to hold comfortable on your hands, especially horizontally, because that’s the main orientation mobile gamers would be on so that’s pleasing. You’ll also begin to feel the material to feel more plasticky than most, but thanks to its hearty weight, it honestly didn’t end up feeling cheap.

“IT’S THE MOST CYBER-LOOKING PHONE YET!”

The buttons feel nice and clicky, especially the power button on the right. It’s also integrated on the pop-up selfie cam so that’s a first for me and I didn’t really find myself shouting out loud about it.

The back cover is glossy and gamer oriented with a cybernetic theme. Embellished with “Stylish Outside” and “Savage Inside” taglines, the device does look like it’s meant to perform in games pretty well. The Legion wording and center logo lights up in RGB and is configurable, falling in line with every other competitor in the mobile gaming segment. You get a clear case with it too, protecting from fingerprints. One thing I didn’t like was the camera placement. You will, most of the time, unavoidable dab your fingers there with the phantom feeling that it’s a rear-fingerprint sensor. Lots of wiping required if you’re actually going to use the cameras

Lenovo’s Legion Phone Duel performs as capable as the ROG Phone 3, Red Magic 5G and the Black Shark 3 Pro. Its landscape-focus design, coupled with the dual-battery system distributes heat evenly throughout the device, but it still gets hotter than the rest.

Just knowing the panel and refresh rate already had me worried about the heat. In some intense sessions on COD Mobile and Genshin, 1 hour back to back had me at slightly over 40 degrees which made it a little uncomfortable to hold. There was however, no throttling in my experience and that’s quite a surprise given the thermals. Display colors were decent at best with nothing looking washed out, the blacks are pleasant and there’s not much to complain about in that respect.

What I love here is how wide the refresh rate options can go. You can configure between 60Hz, 90Hz, 120Hz and 144Hz. This allows you to directly affect your battery life and preferred display smoothness. I personally just stay at 90Hz because it’s just the right amount

When the hardware part of things have been taken care of, the software begins to play a big role in the final user experience, and since this is a gaming phone, it should have some form of better haptics and perhaps audio performance compared to the regular smartphone. The legion Phone Duel runs Android 10, skinned own their own Lenovo ZUI. It features some gaming themed icons with a kind of stock Android experience. I don’t have a big opinion here as it’s subject to personal taste and Android gives you the liberty to change it to whatever you like.

The real talk here is the Legion Realm app, which acts like an overall dashboard to help you monitor performance and automatically adding your games in and even letting you customize how each game should run in terms of CPU performance, refresh rate and even haptic-based controls.

You get Legion Assistant too, which activates automatically when you’re already playing a game and can be shown by simply swiping down from the top of the screen when you’re on landscape mode. It gives you a quick glance on key info like ping , running temperature, CPU/GPU usage and toggles like Controller and Stream mode.

This is where things get gamer. Stream Mode activates the side-mounted front camera to capture your face and after that you’ll have to self-configure where you’d like to stream.

Controller mode activates the Y triggers, where you’ll be able to use the top edges of the device (where you’ll see the little Legion logos) to be your trigger buttons, in attempt to simulate the feeling of using a console controller to play. You can tune these triggers to your liking, in terms of haptic feedback intensity.

These features are really straightforward to use and it would take some time to get used to. I see only serious players taking any sort of advantage of these features. I personally am already used to just using the screen itself if not a controller, so this part of the whole experience might or might not influence your choice in buying a phone like this to play your mobile games. After all, it’s not the first time features like these have been introduced to gaming smartphones. ROG and Black Shark are the only real competitors here, and they too have their own rendition of such features.

“Using it solely as a gaming device with some extra apps, the Legion Phone Duel lasts a day with some change with 144Hz enabled”

With all the bells and whistles enabled on the Legion Phone Duel, the device WILL last slightly over a day if you spend an average of 3 hours playing games spread throughout the day (I did 1 hour x 3, morning, noon and night).

The charging was an unusual experience, with all oddities considered. You have two type-c ports, one at the bottom and the other on the side. You get a stock 65W charging brick with two ports as well, implying that dual-cable charging is possible, and it is.

They call it Dual-Turbo Charging, and it’s just felt off for me. You see, using just the stock charger with both cables SPLITS the 65W output into two, whereas just using 1 cable and plugging it to the bottom was simply faster and convenient. To put it short, if you want to get the fastest, best possible charging speed here, is to get an extra charging brick and connecting that to the side port to see the real benefit of it. That alone however, will incur extra cost and having to carry an extra charging brick just to save 20-30 minutes of charging, and that I feel, is not feasible. Besides, the faster it is, the hotter it gets, so do yourself and your phone a favor and just use one of the included cables and the charging brick. The good in this is being able to charge sideways to complement landscape use, which is ideal for gamers, and what we loved about the ROG Phone 3.

We wished it had power pass-through capabilities like the ROG Phone 3 though, being able to tap into the charging brick’s power directly and not the battery during heavy use would keep the heat away and slow down battery aging.

The Legion Phone Duel is a capable gaming phone. It can hold up against its own against competitor models but not up to any point where I can say it’s simply better. It’s priced way too steep as a first try, even if the specs are pretty hardcore.

The aesthetics are within a gamer’s expectations of what a gaming device would look like and it still feels great to hold for a long period of time especially on landscape mode. The side-mounted selfie cam, I don’t anticipate a lot of streamers to use it, but it does make for a great conversation piece that might take a little bit longer for people to get used to. It’s not bad at all, it’s simply too uncommon for now.

I love the charging speeds, being able to use 2 cables at once and how versatile the display is in terms of configuring refresh rates. 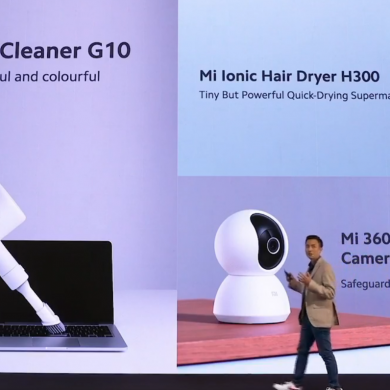