Samsung Galaxy Fold: A Premium Look into the Future

Mid-range devices had always fascinated me. They’re always cheaper and promise a close-to-flagship experience if not one-to-one. The Mi 9 did a great job earning its stripes in the camera and real-time performance side of things but fell a bit short on design and innovation, and it looks like the Mi 9T exists to close that ugly gap, but can it do so?

“Did you just open your phone up in half?” asked my friends when I first brought it out for a spin after syncing everything. It’s simply one of the most eye-catching smartphones you can own right now.

The foldable lets you alternate from a quick and accessible 4.6-inch front screen to a boxy lovely 7.3-inch main display. From its earlier days, Samsung had made some engineering strides to improve the folding experience, which includes a dual-axis hinge with about 20 individual parts inside doing all the work, making the movement a smooth transition when switching from phone to tablet mode.

We’re not going to shy away from the fact that this Galaxy Fold is not a light device, weighing in at 276g, a cool 80 heavier than the Note 10 Plus. When folded, it’s about 17mm thick, which is pretty much a short novel, and 7.6mm when unfolded to tablet mode. Obviously I keep it folded when it’s in my pocket, but the fact is it wasn’t uncomfortable when it was in there. It’s like carrying another 10K mAh powerbank in your pocket (if that’s your thing).

The right side of the device is where it’s at, with the power/Bixby button, volume rockers and fingerprint sensor. They’re still within reach regardless of its folded/unfolded state. Fingerprint unlock was fairly quick and easy, and so was facial unlock.

I feel it’s pretty much like the lobby ambassador before you take the lift to the suite which is the unfolded 7.3 inch display. It’s the best screen for all things utility, such as reading messages, controlling song playback and even a quick glance of your email and social media. I personally liked taking front facing videos with it due to it’s smaller footprint during folded mode, and the extra thickness helps in keeping things stable when recording. Everything’s just as colorful and clear here. I just don’t recommend watching videos or playing games here even though you can. At this point, just unfold it already!

This is where the magic begins. The one thing I truly love about the Galaxy Fold. The two-handed operation of this device is heavenly. Not only does it become thinner, but it feels lighter too, due to the weight being equally distributed from just a simple transformation in form factor.

I binged watched JoJo’s Bizarre Adventure : Golden Wind on this device and it was nothing short of amazing. Colors were perfectly saturated and bright, which surpassed my initial expectation of a Dynamic AMOLED Panel. Coupled with dual stereo speakers pushing out the audio contents of my media, this is the best phablet experience I have ever had as far as consuming media is concerned, and that includes browsing web pages, reading books and the occasional manga (I’m not a weeb but JoJo manga is life-changing)

One extra thing I might add, is the fact that typing on Samsung’s keyboard on unfolded mode is pure bliss. Plenty of screen real estate to enlarge the size of the buttons for both my thumbs to construct quick and accurate sentences with so much ease.

The Galaxy Fold has a flagship tech sheet, being decked out with a Snapdragon 855 chipset that performs like every other flagship with little to no differences. There’s only one variant, which gives you 512GB of speedy UFS 3.0 storage and a generous 12GB of RAM. That’s plenty of space to justify the omission of expandable memory.The audio jack’s gone too but Samsung has included the Galaxy Buds in the package so that’s a sweet addition without having to buy an extra pair or look for a dongle to carry around.

The Galaxy Fold has a unique battery system. It has two independent batteries, with one placed in each half of the phone, giving a combined size of 4380mAh. Even though this phone tries to be two things at once, the Galaxy Fold is able to plow through a day and a half’s use of voice calls, social media apps, camera usage and some light gaming. You’re able to squeeze more hours out if you were to use this device solely for work and moderate media consumption such as web browsing and a couple of episodes on Netflix.

Just as there was a lot to talk about 2 screens, there’s also a lot to talk about the Galaxy Fold’s 6 cameras. Honestly, shots from this device were not foreign to me, nor were they more outstanding than my current Note 10 Plus. There are three sensors at the back: a 12-megapixel wide-angle camera, a 16-MP ultra-wide lens and a 12-MP telephoto lens.

When folded, there’s just a single 10-MP sensor for selfies. When unfolded, you’ll get the same 10-MP sensor and an extra 8-MP depth sensor that does a solid job with portraits.

When selfies are concerned, the Fold takes em quick and easy, with very little compromise to quality and color. It does great in general outdoors, with the occasional run-in to overexposure. This applies to both front cameras, with a slight edge going to the unfolded front cameras where the extra depth sensing camera improves the overall quality of Live Focus Selfies

The rear cameras tell a different story. They deliver excellent shots in almost every possible day to day scenario, even during the night thanks to the main shooter’s wider aperture. HDR is quite optimized here, being able to push just the right amount of exposure to make each shot great. Apart from that, I appreciate the versatility of the triple camera setup, and making full use of variable aperture to manually pick my perfect shots. Transitioning between zooms and ultrawide was seamless as experienced on the Note and S10 series, so I’d say you should have every confidence with Samsung’s camera software and choice of sensors. I used both displays to take photos but I honestly prefer taking them in folded mode because opening it up makes it unwieldy and I have to add extra worries to my surroundings since I have to use both my hands to grab on to it.

The Galaxy Fold is Samsung’s window to the future, especially multitasking and productivity. I found myself doing so much on that 7.3-inch screen, zipping away my tasks in 3 different windows. It’s great for working on documents, having that much mobility as well as screen real estate. You’d hate owning a tablet after this definitely. Cameras do as well as any other Premium Samsung device of 2018/19. The commanding price is a lot to ask for, and if you can truly afford it, be sure to do great things with it (like actually doing your work). We’d love to the part 2 of the foldable future Samsung, keep at it you’re almost there! 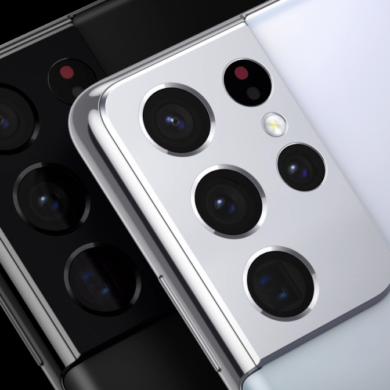