The AirPods Pro has been officially announced by Apple today. As you can see the physical changes are quite drastic compared to the earpod design we’ve seen on the first 2 generations of AirPods.

An all new in-ear design had been introduced, along with a slew of features that make sure that the “Pro” moniker is justified. The first would be the ANC (Active Noise Cancelling) feature, where two internal microphones work together to make it happen. The first mic listens in on external noises by having it face outwards, and the remaining mic faces inwards to pick up noise from within the wearer’s ear.

The feature can be toggled on/off when you press and hold the sensor on the earbuds stem, a little different from the previous AirPods that just required a double tap at the same place to control music playback, Siri and calls.

In terms of comfort, some attention was paid to even the silicone eartips. Firstly, they’re highly adaptable to your earshape for actual comfort and come in three sizes, from small to large. There are little vents in the AirPods Pro too, that helps equalize pressure that makes it ideal for long term wearing without feeling uncomfortable. If you’re the athletic or adventurous type, the AirPods Pro comes with an IPX4 sweat and water resistance rating that’s just for the AirPods themselves so keep that charging case somewhere else!

For hardware, the AirPods Pro pack the Apple H1 chip, the same System in Package as seen on the Gen 2 AirPods. It fires up 10 audio cores, claiming that it is capable of processing very little audio latency and real-time noise cancellation.The chip also employs Adaptive EQ, which is a feature that adapts the low-mid frequencies of the audio in accordance to the wearer’s ear shape.

The AirPod Pro is able to last about 4:30 hours on a single charge for continuous audio playback and about 3:30 hours of continuous talk time. It comes with a wireless charging case, which, if fully used, gives the AirPods Pro more than a full day’s battery life.

Currently the global sale of the AirPods Pro is from October 30 onwards, with no confirmation of when it will reach Malaysian shores. However, there’s a retail price of RM 1099 for the AirPods Pro listen on Apple Malaysia’s website, which is great considering the price difference between the US and Malaysia is about RM 55 (RM 1043 @ $240) 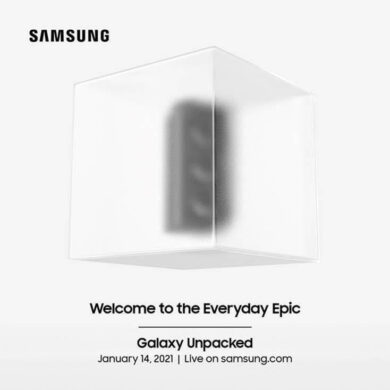 Samsung Galaxy S21 revealing soon; lots of teasers are out